The first generation, or the family patriarchs of the Bauer-Chamberlain family (not to be confused with the individual Chamberlain and Bauer families), were Margaret Bauer and Albert Chamberlain; both were noted politicians in the Socialist Party of Greater Hulstria and the Fascist Authority Party, serving as party Chairwoman and party Finance Minister, respectively. The offspring of Albert and Margaret were very successful in their political careers, with their children holding positions such as the Governor-General, the Minister of Defense, and the Minister of Foreign Affairs, among others. 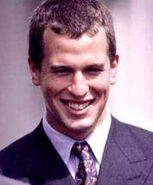 Xavier Bauer-Chamberlain
Add a photo to this gallery
Retrieved from "https://particracy.fandom.com/wiki/Bauer-Chamberlain_Family?oldid=254748"
Community content is available under CC-BY-SA unless otherwise noted.