Aristotelis Symeonidis founded the party on the 21st of June 4695. It was described as an extrimist,far-right political movement inspired by the ideas of the Kalopian ethnic nationalism and fascism.

ETHES is viewed by many as the successor of the now dissolved national-conservative Eleftheri Patrida. The party aims to represent the political right in Kalopia despite being much more right-wing than the EP. Aristotelis Symeonidis, a military officer, is the Founder and the 1st Leader of the party and is the son of a former EP MP.

Many accuse the party of being neo-fasicst, ultranationalist and racist. Aristotelis Symeonidis does not reject these accusations and wants his party to change ultimately the nation by supporting ethnic Kalopians over the many minorities. He insists that the Right should be honest about its intentions. The failure of the Eleftheri Patrida to change Kalopia and its desolation created a shift to the extreme right-wing. Moderates joined other parties and the right sector of the former party created a new organization of the right, but this time with a clear ultraconservative fascist agenda.

In 4697 the party participated in the general election and became the largest party in the Vouli scoring 40.52% of the popular vote and secured 125 seats. Aristotelis Symeonidis became the Leader of the official Opposition in Kalopia. His charisma transformed ETHES from a fringe party into a serious force in the Kalopian political system. 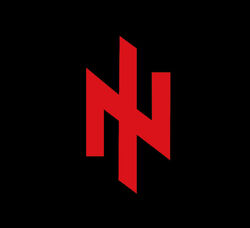 Retrieved from "https://particracy.fandom.com/wiki/ETHES?oldid=277959"
Community content is available under CC-BY-SA unless otherwise noted.