Milona, is the capital city of the Istalian region of Padagna.
It rises where the Merevino River welcome the waters of the Brenno River.
It is one of the financial hearts of the Istalian economy, hosting the Milona Stock Exchange (Istalian: Borsa di Milona) mainly focused on the domestic market. The city it is an important industrial and trade hub too, being placed on the main routes which exit Istalia to Solentia and then Majatra. Today it is the most populous city of Padagna.
It is known for its well-preserved late Augustan architecture, mostly represented by the Augustan Churches where today are preserved some masterpieces of augustan mosaic art. Notable also the Doron-style Cathedral of the city, built on the ancient augustan basilica for desires of the Tulino Kingdom but finished only in 19th century thanks to the private contribution of hosians from all over Istalia.

The city was founded by the Kingdom of Kerron as military base and trade hub during the expansion of the powerful Qolshamin civilization. The ancient city, however, suffered a lot when the Kingdom fell due to the tribal invasions of the 2nd century and became a matter of dispute between the several warlords who controlled the current padagnan region.

The city began to flourish again only around the 4th century thanks to the Augustan Dominion: being Milona the most important center of the north of the Estalian lands, closer to the center of the Empire, the Augustan authorities placed here their provincial headquarter making Milona a cultural center where istalo-selucian art mixed with the Augustan one. At the time Milona contended with Vinesia the role of seat of the Augustan Patriarch in Istalia but the wealth of the Merchant Republic prevailed. The Augustan called the city Milos Domina, or the Lady of Milos, because the Augustan general which took the city, a certain Milos of Philadelphia, in the city buried his wife, a foreign princess who very loved by the busband but who died here giving birth to their son.
After the retire of the Augustan forces, Milona became part of the Kingdom of Tulino and remained under this kingship also during the Renascentia, when the powerfull Kingdom of Fidelia, from the south, made felt the power of Tulino which Kings retired on more fortified places on the mounts while many padagnan cities gained indipendence as Free Communes.

During the following centuries, Milona passed under the control of the several Empires and Kingdoms which conquered the area, maintaining its importance as trade hub but also as important cultural center of the Istalians in the north. It was only in 19th century that Milona began to arose as financial center of Istalia, closer to the center of the continent and to the international trade routes and markets.

With the industrial revolution, Milona became also an important center for industry, exploiting the waters of both the rivers of the city, attracting ever more population from countryside and the rest of Istalia and definitively arosing in prominence compared to Turino, the ancient Tulino. When the Istalians finally founded thier first national state, Milano was elevated thus to capital of Padagna, maintaining this status until today.

The local form of government of the city follow the model of the mayor–council government system, with a mayor (Istalian: sindaco) elected by voters, and a unicameral council as the legislative branch (Istalian: Consiglio). To the mayor is given almost total administrative authority and a clear, wide range of political independence, with the power to appoint and dismiss department heads and furthermore he prepares and administers the city budget, although most part of the decisions must be approved by the council. 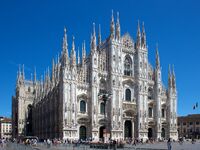 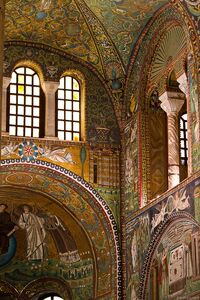 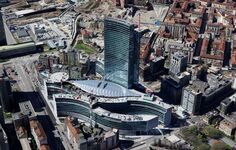 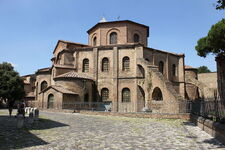 Augustan Saint Justus Church
Add a photo to this gallery

Retrieved from "https://particracy.fandom.com/wiki/Milona?oldid=264427"
Community content is available under CC-BY-SA unless otherwise noted.