Padagna is one of the five administrative regions of Istalia. The region occupy the north-western portion of the Sarrentina Peninsula and borders to the north with Solentia, to the south with Mezzodiurno and to the east with Trivendito. It is the third largest region but the most populated of the Country. Its largest city and capital is Milona.

The current name of the region, like the ones of the other istalian regions, was adopted officially only during the fourth Republic. Previously, Padagna was called Feirano, descenting directly from the archaic Qedarite name Pheykran and which was resumed during the Quanzar Emirate. The term derives from an ancient name of the river today known as Risodor. The current name of the river, in fact, began to be used only when in the late medieval times the zone became renowed for the high quality of the rice, which cultivation was introduced thanks to the trade with the Dovanian continent. Originally the river was called by the local nomadic tribe Pthadein, from which the modern Padagna. The old name of the river was used often also to indicate the regions between the Risodor and the river Acquechiare and it is believed that an early contraction of the term was used by the Augustans to name one of the main fortress they built in Istalia, the modern day city of Padua, despite it is actually located on the shores of the river Merevino and is part of Trivendito region.

Main article: History of Istalia
The history of Padagna is obviously closely connected with the history of the civilizations which arise or conquered the Istalian peninsula across the millennia. Padagna for centuries was sure the most unstable region in the Peninsula. Thanks to the several pass in the northern Alkhayl, it was land of passage for the nomadic people which populed the south-easter Majatra and also by the Kingdom of Qolshamih was barely controlled.

Being the best ways to enter into the Peninsula, Padagna suffered the ambitions of the foreign conquerors and often was a land often disputed by Istalian and foreign nations or warlords.
Since the time of the Empire of Quanzar the region definitively stabilized and indeed became the region which knew the first industrial experience in Istalia.

See also: Geography of Istalia
Padagna is a region which presents several geographic contrast. In fact, to the north and alongside the coast arise the Alkhayl Mounts, At the foot of the northern mountains extends an hilly area which become in the center of the region a lush plain, the Feiran Plains. Moving to the south, however, the climate became ever dry and aftet the river Bellavista the plains fall in the Great Central Depression, a depressed region occupied by the Pheykran Desert, which is caused by the pluviometric shadow of the Alkhayl. All the rivers which cross Padagna flow into the Great Lakes, on the south-east at the border with Trivendito and Mezzodiurno. In prehistoric eras the Pheykran Basin was indeed occupied by a large lake supported by the waters of the Padagna rivers but subsequent tectonic movements diverted the rivers.

Padagna is a region highly industrialized, the most one together with Trivendito, but Padagna houses the largest industrial groups, like Estal, active in the machinery, automotive and aeronautic industry, or Ajace, active in the aerospace industry. But these are only two of the numberous corporations with factory and industrial facilities of any kind present in Padagna. Milona and Turrino count the highest concentration of industries.
It is also developed the agriculture sector, but most part of the cultivated lands are owned by large industrial agri-food corporations, so the agriculture is intensive and highly mechanized.
Padagna, however, houses also the veritable financial center of Istalia, the Milona's Stock Exchange, the main Stock Exchange for the national market.
Milona and another Padagna city, Florenza, are furthermore renowed as important site of the fashion industry, with high fashion houses as well as indutrial center of the luxury clothes and shoes industries.

Padagna shares with Trivendito the highest rates of Istalian Majatrans but in general it has been always the region which attracted the most of the immigrants, especially since the 41st century. Notable is the large Saridanese community of Milona, formed by Duntrekkers, Iftgoerroon and Euphitriens escaping the segregationist regimes of Saridan since the 42nd century.
Padagna count the largest number of practising Ahmadis but also the Hosianism presents many practsing.
It is one of the region with the highest incomes but also with the highest diffences between the economic conditions of the residents.

Padagna is divided into four provices, named after the provincial capital, and they are:

Governors (Since the Imperial era, 4571)Edit 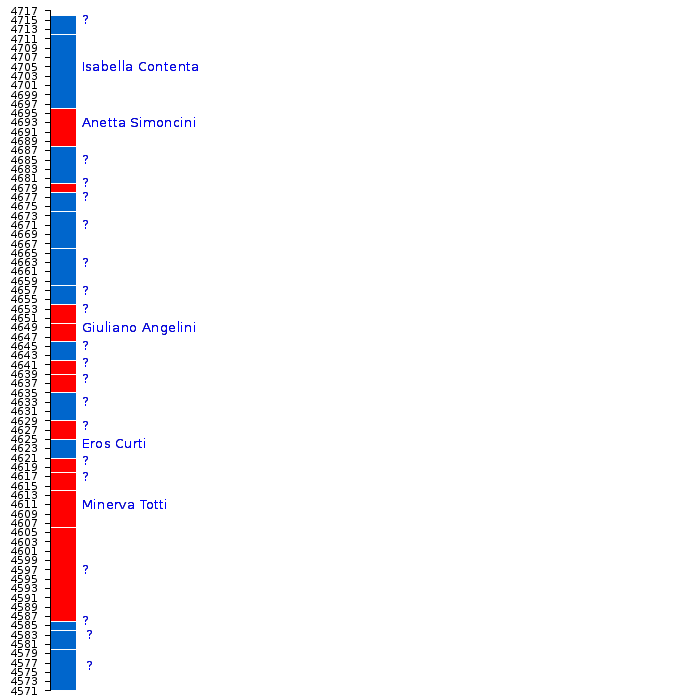 Retrieved from "https://particracy.fandom.com/wiki/Padagna?oldid=278551"
Community content is available under CC-BY-SA unless otherwise noted.