Being the head of government, Prime Ministers represented the Council of Ministers of Valruzia and managed its work. He chaired the cabinet sessions unless a Cabinet Council was called by the President. During the Cabinet Council session, Prime Minister acted as counsel to the President. He coordinated the work of the council and managed the implementation of regulations. He was de iure superordinate of all members of the government administrator and in addition to that he could, within the limit of his power, conduct supervision of local governments institution. Prime Minister nominated 5 voivodes in each of the Voivodeship as the official representative of the Council (national, central government). 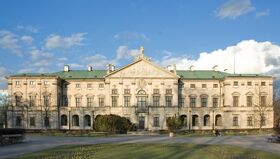 Prime Minister had its own Chancellery (Kancelaria Prezesa Rady Ministrów) which was his/her main executive office. Chancellery housed the central meeting point of the cabinet. In the Chancellery, Prime Minister had access to numerous departments that were responsible for the proper functioning of the government, as well as numerous government agencies that were controlled by the State. The Cabinet Council* sessions were held in the Presidential Palace. The official residence of the Prime Minister was located in the Old Town district (Stare Miasto) of Nowogard, approximately 1,5 kilometers from the Presidential Palace. The Chancellery was in control of more than 50 facilities and properties.