Sarregna is one of the five administrative regions of Istalia. It extend on the southern zones of the island of Alaria, and shares a border only with Silicia, which is located to its immediate north. It is the second largest region of the country and the third most populated. Its largest city and capital is Calliari.

The current name of the region, like the ones of the other regions, was adopted officially only during the fourth Republic. Previously, Sarregna was known as Nicoma, historical name of the southern part of Alaria and of the pre-selucian civilizations which arose on its lush plains. The name Nicoma, unlike the ones of the other regions, maintained its original form until modern day and was maintained also under the previous Istalian Republic and other foreign dominion.
The name Sarregna, indeed, derives from a local name of the south-eastern part of the region and is connected with the concept of regality: in fact, the term derives from an extreme contraction of the local dialect expression to say Here [the King] reigns, expression then commonly used to identify during the early and feudal period of the Kingdom of Nicoma the territories directly under the sovereignty of the King and the Royal House.

The history of Sarregna is obviously closely connected with the history of the civilizations which arise or conquered the Istalian lands across the millennia. It seems that an earlier civilizations occupied the island also before the Kingdom of Qolshamih conquered all the future territory of Istalia and thanks to the archeologic researches, it has been established that it was on the Island that developed the first forms of agriculture, probably imported from Seleya and which then was diffused also on the mainland.
After the fall of the Kingdom of Qolshamih, in the south of Alaria the Selucian influence increase and became culturally dominand and was also founded a Kingdom of Nicoma ruled by a selucian junior branch of the Kerron Dynasty of Qolshamih and Tuffar.
The southern kingdom began so a long lasting struggle with the other powers on Alaria for the control of the whole island which the kingdom achieved around the end of the first millennia while since 1040 it began to expand its influence also on the mainland at the expense of the four kingdoms across the sea, often exploiting the role of Protector of the Selucian colonies on the mainland.
Due to the fact that for long centuries Alaria was separated by the mainland, housing the Kingdom of Istalia which fought strenously the Quanzar occupation, Sarregna and Silicia peoples consider their regions as the veritable cradle of the Istalianity and of the Istalian Nation. Sarregna, however, among the two insular regions probably is the one which boast more this sentiment, due to the fact that Sarregna was the core of the Istalian Kingdom and the ancient istalian royal family boasted its roots back to the time of the ancient selucian-alarian kingdoms.

See also: Geography of Istalia
Sarregna is a region mostly flat, with only some group of hills not too high, most of them concentrated in the north of the region. The Nicomese Plain (Istalian: Piana Nicomese), the second largest plain in Istalia, covers almost all the region and it is rich of rivers, among them the Adise, the second longest of the country.
Today the region present a very man-made environment, due to the intensive agriculturale activity, but in the past the forests which extend on the higher hills and in several natural park once covered all the plain.

Sarregna, due to its geographic conformation, has always been a territory were the main economic activity has been the agriculture. In Sarregna most part of the land is cultivated by family-owned farm but there are also notable large properties owned by industrial agri-food companies like, among the most important, Farilla.
Alongside the agriculture, in Sarregna is developed also the craftsmanship while there are very few large corporations and most part of the industry consists in family-run little and medium businesses.

Sarregna, being on the island of Alaria, traditionally is a very homogeneus region but, compared to Silicia, which historically houses immigrants from ancient and modern Majatran and Seleyan nations, Sarregna until today remained probably the most homogeneus region after Mezzodiurno. But if in Mezzodiurno this homogeneity is due to the ancient hostility of the inhabitants for the foreigners, especially the Quanzarian Ahmadis, in Sarregna the homogeneity of the population is a charateristic of the region since millennia, due to its location on an island and the low presence of large industries which could attract immigrate workers.
Since the end of the 41st century, however, Sarregna, like Silicia, experienced the immigration by part of foreigners from all over the world who decide to move in Sarregna to enjoy the more than favorable climate of Alaria.

Sarregna is divided into four provices, named after the provincial capital, and they are: 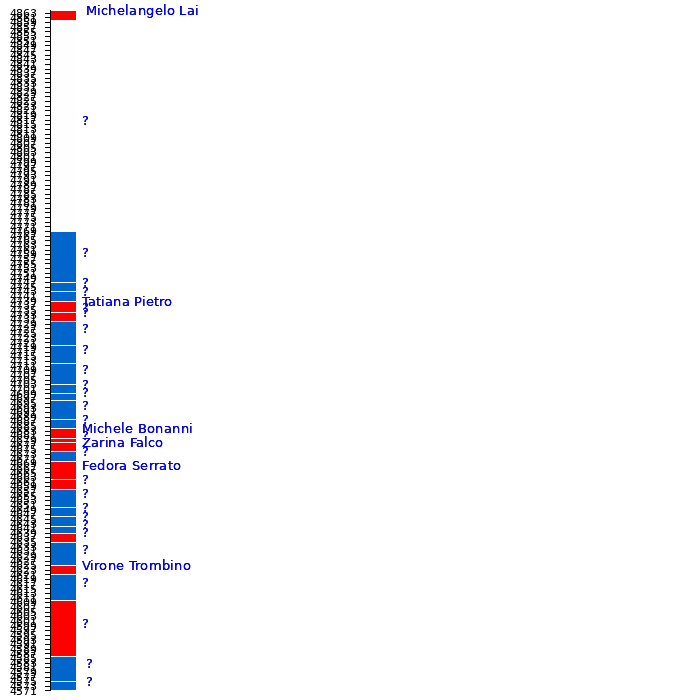