Silicia is one of the five administrative regions of Istalia. It is located on Alaria and, occuping the norther part of the island, it shares a border only with Sarregna to the south. It is the smallest region of Istalia but it is the second most populated. Its largest city and capital is Palerno.

The current name of the region, like the ones of the other regions, was adopted officially only during the fourth Republic deciding to definitively abandon the former historical, also used and enhanced in their original form by the several foreign occupations and Quanzarian restorations, in favor of more Istalian name with roots on Istalian tradition and language. Previously, Silicia was known as Cisavugli, descenting directly from the archaic Qedarite name Kisawuli, name which was resumed during the Quanzar Emirate. The name Silicia, instead, is an ancient istalian name for an area mostly in the north and north-east of the region and which descends from the term Selucia: the area, in fact, was the first in Alaria, and in these part of Majatra, to be colonized by the Selucians. The most ancient form recorded of the name is Siluciana, indicating in an ancient manuscript all the north-eastern coast of Alaria.

The history of Silicia is obviously closely connected with the history of the civilizations which arise or conquered the Istalian lands across the millennia. It seems that an earlier civilizations occupied the island also before the Kingdom of Qolshamih conquered all the future territory of Istalia and thanks to the archeologic researches, it has been established that it was on the Island that developed the first forms of agriculture, probably imported from Seleya and which then was diffused also on the mainland.
The history of Silicia, however, was indelibly marked by the arrival of the Selucians and by the foundation of their colonies on the northern and north-eastern coast of Alaria. From here, the Selucian influence expandend all over Alaria and also in the mainland, where the élite classes of the Kingdom of Qolshamih, at the time also known as Kingdom of Tuffar or Kingdom of Karron, adopted largely the Selucian culture which mixed with the Qolshamin one with an interesting cultural and artistic melange. Due to the fact that for long centuries Alaria was separated by the mainland, housing the Kingdom of Istalia which fought strenously the Quanzar occupation, Silicia and Sarregna peoples consider their regions as the veritable cradle of the Istalianity and of the Istalian Nation.

See also: Geography of Istalia
Silicia is a region mostly mountainous and in fact it is almost totally occupied by the Arasclari Mounts which with their "C" shapes encircle a large wooded and uneven plateau, while only alongside the shores there are narrow coastal plains.
If the coastal plains are fertile localities occupied by forest and agriculturale terrains, the central highlands are more dry lands while the Arasclari peaks in winter are often covered by snow.

The main economic activity of the region is the tourism, especially the summer tourism, with hundreds of Thousands of turists which come every year in Silicia to enojoy its beaches and its crystal clear-water. Among the several picturesque places, a veritable jewel of Silicia is the little village of San Terenzio, in the Sirracosa Province, a colorful village entrenched between the slopes of the hills and the blue sapphire waters of a little inlet.
The tourism, however, interests also the Arasclari Mounts and the large forests of the inland which attract especially the campers. Important also the cultural tourism, thanks to the archeologic remains and the artistic testimoniances of millennia of history.
Despite the natural and cultural beauties, in Silicia there are also a developed industrial sector, thanks to some Special Economic Zones which houses several kind of high-tech industries.

Silicia, being on the island of Alaria, traditionally is a very homogeneus region but, compared to Sarregna, Silicia for centuries hosted trade outposts from other countries in Majatra as well in Seleya and from Gao-Showan peoples.
Since the end of the 41st century, however, Silicia became the primary destination of the immigration from Seleya, attracted by the industrial areas, also if many are the foreigners from all over the world who decide to move in Silicia to enjoy the more than favorable climate of Alaria.

Silicia is divided into four provices, named after the provincial capital, and they are: 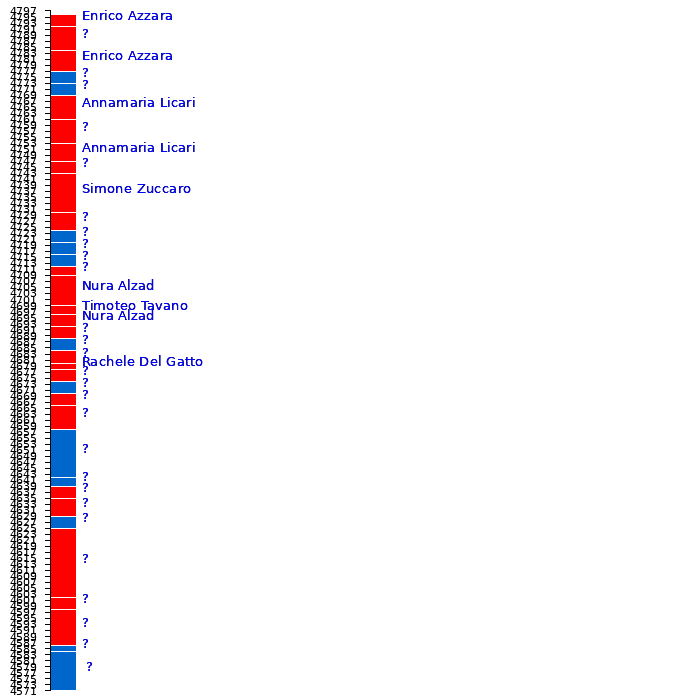