Steven P. Kennedy V (2586-2666) was the Emperor of Jelbania and its Namviet colonies in Vascania. His rule was established by the Jelbanian National Assembly in June of 2603. The revolution that following his comming to power was bloodless and relatively quiet in Jelbania. As the first Monarch of Jelbania, he ended the nation's 500 years of Republican government. His power is shared with the elected Governor General of Jelbania and the Jelbanian Prime Minister. In 2606, Steven Kennedy V married Henrietta of Hulstria. He had four children in all: Steven, Balthazar, Charolotte, and Cameron.

Steven Kennedy V was born in Deltaria, the only son of Steven Kennedy, 2nd Duke of Tinako and Raeanne Gratta Kennedy. His father died of assasination mere months after he was born during the Darnussian Civil War. Thus, he was brought up by his mother in Deltaria. In November of 2588, Steven Kennedy and his mother were forced to leave Deltaria due to the hostile reaction of the nation's population. Raeanne Kennedy and her political allies had hoped to make her Empress of Deltaria, but the idea never caught on with people of Deltaria. Steven Kennedy would have the last laugh, as many of the political parties in Deltaria that wanted him killed have since dissolved.

From November 2588 to June of 2597, Steven Kennedy lived in exile in Malivia where he attended the nation's best schools. During this time, he was tutored by Chris Smith. Kennedy was also influenced by his aunt, Renee Kennedy and his uncle Joseph Hunter II.

In June of 2597, Chris Smith became Prime Minister of Jelbania and brought Steven Kennedy with him as an apprentice. Under the leadership of Smith, the Christian Royalist Party consistently became the largest political party in Jelbania. For his continued safety, Kennedy kept a low profile and attended Selucian Catholic private schools during his teenage years.

With assistance from the Christian Royalist Party, the Namaste Party, the Federalist Union, and the Military Bloc Party, Kennedy became the first Monarch of Jelbania ending 500 years of Republican government. Steven Kennedy V eagerly took the role of Emperor and was crowned by the Archbishop of the Selucian Catholic Church, the state religion in June of 2603. Kennedy also has titles in other countries including Luthori, Darnussia, Hulstria, and Hutori.

Emperor Kennedy's first decree was to establish the title of Duke in March 2604. Over the years of his reign, several prominent politicians from the Namaste Party, Party of the Eclipse, and the Left Monarchist Front have been given titles.

The Emperor also advanced his own social agenda through the Christian Royalist Party. There, he was successful in banning all kinds of abortion, euthanasia, divorce, and cross dressing in January 2604. Emperor Kennedy also petitioned to become a member of the Monarchist League, an organization that held hostile contempt for his father, Steven Kennedy, 2nd Duke of Tinako, but was successful none-the-less.

In September 2605, the Emperor successfully gained approval to rename the country the Imperial Kingdom of Jelbania. The Federated Republic ceased to exist.

The Emperor faced little opposition to his conservative domestic agenda from 2603-2617. In the election of 2617, the Royalist coalition lost their majority to left leaning Republicans. During 2617-2622 many of the Emperor's conservative reforms were reversed. However, since the 2622 election the nation has stabilized to a right-wing position. 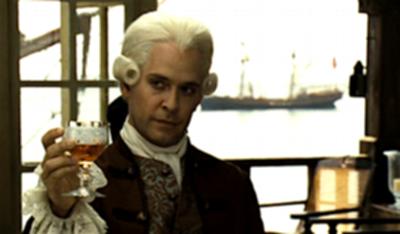 In September 2605, the Emperor was successful in having the National Assembly ratify the Lake Majatra Treaty dictating borders within the lake. Another treaty dictating a naval alliance between Jelbania and Zardugal was also signed in the same month. In the summer of 2606, the Emperor ordered military assaults against communists terrorists in Cobura called the RAFC. After a year of war, civilian causalities in Coburua created diplomatic conflict between Jelbania and the Coburan government. Meanwhile, the Emperor also ordered bombing campaigns on RAFC positions in Deltaria and also proceeded to bomb Deltarian cities. While some believe the Emperor was overly zealous in fighting the RAFC, others believe the Emperor wanted revenge for Deltarian rejection of the Kennedys in the 2580's. In 2607, the Emperor ordered a sizable fleet to the Namviet colonies in Vascania in order to defend colonial positions there.

Upon the establishment and fortification of Namviet, the Emperor took a more peaceful position in diplomacy. In 2632, Jelbania faced its greatest threat from Deltarian attacks. The Emperor ordered nuclear strikes on Deltarian cities and invaded northwest Deltarian territory. The war came to an end due a Deltarian civil war a few years later. The war weakened Jelbanian's claim on Namviet but the colony would not be completely dissolved until 2644.

Steven P. Kennedy V retired as Emperor in 2639 granting the title of Emperor to his oldest son Steven P. Kennedy VI after 36 years of reign. During his son's reign he was appointed by the royalist legislature to Prime Minister. He would continue to serve at this post until 2644. During the Jelbek Revolution of 2647, the former Emperor used his vast family wealth to bring the Left Monarchist Front back to Jelbania from Malivia. His son was reinstated as Emperor in 2653. In 2657, Steven P. Kennedy V witnessed the acension of his youngest daughter Cameron to the position of Empress of Jelbania and Deltarian. His dream for a Deltarian Jelbanian Empire had been realized.

The Most Royal and Serene Kingdom of Hutori:

Retrieved from "https://particracy.fandom.com/wiki/Steven_P._Kennedy_V?oldid=73572"
Community content is available under CC-BY-SA unless otherwise noted.