Trigunia (Rodshyan: Тригуния, tr. Triguniya), officially known as Federated Socialist Republics of Trigunia (Rod.: Федеративные Социалистические Республики Тригуния; tr. Federativnyye Sotsialisticheskiye Respubliki Triguniya), is a country located off the north-western coast of Keris. South of Trigunia's coast across the Green Sea and Sea of Deliverance lies the nations of the New Endralon and Kizenia and the Dolgava respectively. Geographically the country is an island, it ranks as the third most populated nation in the world, twenty first largest country with an area of 1,300,800 km.

Trigunia has seen several periods of extreme political polarization. Trigunia was home to the foundation of the United Kerissian Socialist Republic and its numerous successor states, it has also had periods of extreme autocratic periods where it the House of Mashkov dominated the Trigunian Tsardom as the Tsar of Trigunia. The country has seen few periods of center governments, it is considered to be one of the leading political powers in Terra. Trigunia is home to the Trigunian people, who are also called Rodshyan. They primarily speak Rodshyan, which is also sometimes called Trigunian. The second largest population is the Kozaki, who call Zarvospol home along with the Zarvosen people. The Kozaki speak a close form of Rodshyan but have minor differences, the majority of the Zarvosen people speak Zarvosen which is similar to Rodshyan but again, like Kozaki, different.

Main article: History of Trigunia
The modern Tsardom of Trigunia was founded in September, 4612 officially on September 25th, 4612. The rise of the National Democratic Party, which eventually became the All-Trigunian People's Front in September, 4615 worked with the House of Kharzin to return the Great Prince and Tsar to the throne. The selection of the House of Kharzin caused some controversy but a large majority of the of ancient Trigunian nobility had either been killed or had fled and had no desire to return to Trigunia thus the decision was made to appoint Androniki to the throne, becoming Androniki I. Androniki I eventually married into a newer royal house, the House of Perezhogin and unified the former holder of the Great Prince and Tsar into one united family.

The new Great Prince and Tsar alongside the new government took a harsh stance towards anti-monarchist, republicans, communist and socialist using the State Security Service to outlaw and crackdown on them. In December, 4617 the Viceroyalty was restored and Kazimir Ivanovich Bogolyubov was chosen to sit as the first Viceroy in several decades; Bogolyubov served as the Prime Minister of Trigunia for nearly five years. Potap Aleskeevich Krayev, Bogolyubov's Chief of Staff was appointed to succeed him. Bogolyubov and Krayev were instrumental in the massive overhaul of Trigunia's administrative divisions, passing several new years to reform the failing infrastructure within Trigunia and restore a sense of federalism to the government. In February, 4624 Bogolyubov announced that Secretary of the Security Council of Trigunia would succeed Krayev, who was leaving to become Mayor of Rodshyadam.

Main article: Government of Trigunia
Trigunia is a semi-presidential republic with an executive Head of State, the President of the Trigunian Federation (Rodshya: Президент Тригунской Федерации, transl. Prezident Trigunskoy Federatsii) acts as the head of state. The head of state is responsible for the appointment of the Prime Minister of the Trigunian Federation who also appoints the Council of Ministers. However, the cabinet needs always of a vote of confidence by part the legislature to be confirmed.

The legislative power is vested in the State Duma which is the lower house while the Federal Council is the upper house. The bicameral legislature is comprised of 550 seats, 100 seats in the upper house and the 450 seats in the lower house. Both houses are known as the "Federal Assembly" and holds sole legislative authority within Trigunia. The Assembly has various committees which are tasked with specialized areas regarding the operation of the Trigunian state. Among its members usually are elected and appointed the members of the cabinet and of all its the several committees.

As per the "Law on the Administrative Divisions of the Tsardom of Trigunia" which was passed by the State Duma in February 4618 there are now 5 "Federal Subjects" (Rodshyan: Субъект федерации; tr. Sub"yekt federatsii) that make up the former "regions" sometimes called "oblasts". These five regions are Brakav also known as Tirgith, the home of the Hulstro-Trigunians and Hulstrians and the individual island of Trigunia; Radin and Zarvosopol which make up the central island and Lesnov and Vrosnok which make up the eastern island. Each of these Federal Subjects has an appointed "State Envoy" that is appointed by the Viceroy of Trigunia and approved by the Great Prince and Tsar.

These "Federal Subjects" are in turn divided into different "Regions" known in Rodshyan as "Oblast" and elect their own Governor's and are assisted by an "Oblast Council" of 125 seats held in conjunction with national elections. Underneath the Oblast's are a number of "Districts" known Rodshyan as "Raions". The Trigunian government as means to quell religious or political dissent sometimes create special "Republics", which are ruled semi-autonomously, however they are considered to be that of an oblast. The only created republic as of April, 4515 was the Abreken Republic, located on Lesnov and is comprised of mostly ethnic Ahmadi Trigunians. It was dismantled by the "Law on the Administrative Divisions of the Tsardom of Trigunia".

Main article: Geography of Trigunia
While Trigunia is composed of three major islands it is considered part of the continent of Keris. The largest of the three islands is Chadonia containing the provincies of Chadonia and Yulrath.

Smallest and southernmost is Tirgith; home to most of the ethnic Hulstrians, containing the province of Tirgith

bordered on the north by Ocean of Freezing Cold Blue Wet Stuff, on the west and south by the Sea of Deliverance, and on the east by the Green Sea.

- Because of high latitude, there are large seasonal variations in daylight. From late May to late July, the sun never completely descends beneath the horizon in areas north of the Polar Circle, and the rest of the country experiences up to 20 hours of daylight per day. Conversely, from late November to late January, the sun never rises above the horizon in the north, and daylight hours are very short in the rest of the country.

- moderating influence of the sea, except in inner Chadonia; esp. around the mountainous areas

- western parts of Chadonia are wracked by storms; but high hills protect the coastal plain where most of the cities are located; therefore, cities have good climate & only moderate winters

- western Chadonia is evergreen forests; as is most southern of Yulrath

- most northern areas have layers of permafrost; however, most of the islands do not 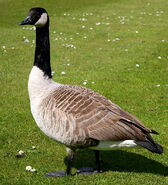 In Trigunia, the majority of the population is Hosian, comprising roughly 84% of the Trigunian population. The largest percentage belong to the Terran Patriarchal Church and Trigunia has contributed significantly throughout its history towards the TPC and the TPC hosts some of the most popular and largest churches in Trigunia. The second largest blend of Hosianism is the Apostolic Church of the East, while significantly smaller it does possess a notable percentage of the population. The remainder belong to the Aurorian Patriarchal Church, the smallest of the followers of Hosianism. The Confessional Church of Trigunia is often considered to have a hold, largely with the Hulstro-Trigunians and accounts largely for the "other" in the Trigunian religious breakdown.

The second largest religion in Trigunia is that of Ahmadism, namely Israism with Sahabism making up the second largest component of Ahmadism. The presence of Ahmadism is largely routed in trad with Majatra as well as Trigunia often playing a counter-weight to traditional political powers across Terra. A vast majority of the Ahmadi's in Trigunia are Vlozen (OOC: Chechen) and can be found in the former Abreken Republic, mostly in the Chaykoshov mountains.